Back in 1975, a small group of parents and junior footballers from the Courier Rangers club in Otahuhu decided to go out on their own and set up Otahuhu United AFC - a family-orientated club with the local community at its heart.

While Courier Rangers is no longer, Otahuhu United AFC continues to roll on, fast approaching its fiftieth anniversary thanks to the efforts of a crew of committed volunteers.

That includes Stephen West, the Chairman of Otahuhu – which he proudly describes as “the smallest football club in Auckland” – who can be found doing any and everything he can to get kids up and active.

How did you first become involved in football, and Otahuhu United AFC?

I've been playing football since I was four. My dad and mum both played, so it's always been like a family affair. [I took a break when my first son was born]. One of the families who we consider founding members of the club had kids at his day care. They were looking for a junior coach, and they tapped my wife on the shoulder and asked, 'what’s your husband up to?' That's how I stepped back into it seven years ago.

I've always loved coaching, being involved and seeing kids grow. And I love forming a community – but it requires hard work in the background. Volunteering is an opportunity not only to make change, but to develop a legacy of what clubs can be like, and instil family values, and just make it fun.

What volunteer roles have you filled at the club?

I started coaching a junior cluster where we get five clubs together, with kids from four- to eight-year-olds kicking a ball around and having some fun. I went from cluster coach to cluster coordinator, to junior club captain, to looking after facilities, to game day preparation, to president. I've been lucky enough to do it with my wife, who I convinced into taking on the secretary role, so it's a family affair at the moment, too.

What do you see as the most important parts of your role as club chairman?

My role entails everything from grassroots football to taking the junior cluster and coaching, to meeting with the likes of Northern Region Football and other clubs. Whatever it takes to get kids moving and active, we'll do it. Basically, clubs are only going to be around if the communities are part of them. So as long as we're showing that we're doing our part, and making the community feel at home there, they'll bring the club in and accept us.

What do you enjoy most about volunteering in Auckland?

The connections you can make, just being out and about and meeting people, are amazing. There are so many people around who are willing to help. You've just got to join the dots. You can go into another club or meet another organisation, and then you can figure out how you can work together. It's fabulous.

Do you have a standout volunteering memory?

We formed a relationship with Papakura City FC, and they asked to help coach a small group of girls, ages seven and nine. They absolutely thrived, and I absolutely loved it. Someone took a photo of me coaching a girl called McKenzie, having a good laugh. We posted it on our club’s Facebook page, and her mum came back and she said that her daughter had the best day ever, and that she was talking about it all the way home. I was just bouncing off the wall hearing that. That’s what I love about this, is that you can make a difference, right then and there.

What advice would you give to anyone considering volunteering in sport and recreation in Auckland?

You don't have to reinvent the wheel. Everything's out there; you've just got to spend a little bit of time to find it. And if you're sitting on the fence about volunteering, just think about yourself as a kid, wanting to play that sport. If you didn't have the support of volunteers, you wouldn’t be able to play – and you’d be unhappy. If you get to make a change in one person's life, that's a win. So why not just do it? 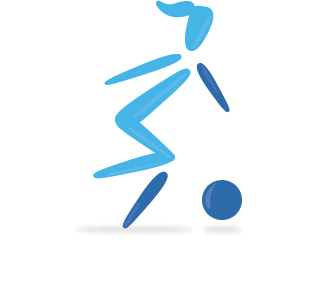